I’m an expert on this.

Our Boo is a really smart dog. I had him doing basic commands. Not all of the seven, but sit, walking on the leash, come, no and down. I had help from one of my daughters. When my husband wasn’t traveling he wouldn’t follow the commands. Boo became passive aggressive. Now he only listens when he wants or if something is in it for him. (treat anyone?) 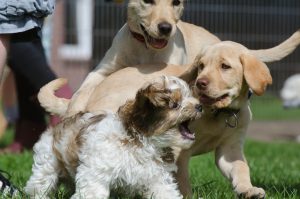 Dogs can be very sociable. Boo is a social dog. Not so much for Scooter, our pup who is always jealous. We’ll take them for walks and Scooter will  growl at other dogs and if he and Boo are close together he will attack Boo. A fight ensues between them.. That is why it is important to train your dog to control behavior.  This has not happened here. Scooter tries to be the Little General, Napoleon. He will growl at Boo and Boo will stand his ground, usually. Sometimes I feel that Boo is laughing at his brother. Mind you Scooter can run under Boo without any trouble.

Moreover, dog training is important to avoid dog biting incidents. Statistics show that 77% of dog biting cases are mostly those that are within the family.

Hence, with dog training, bad habits are removed and dogs have better control of their feelings and behavior towards environmental and social variables. 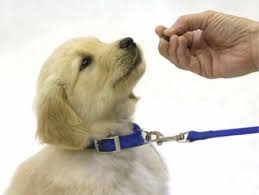 However, implementing dog training is not that easy. Certain things must be employed to have positive results. The thing most needed in dog training is what experts define as “positive reinforcement.” This refers to the way people reward their dogs with treats, praises, or both whenever their dogs show positive behavior.  Boo was trained using treats. He will do what is asked if a I treat is the result. In fact he often misbehaves unless he knows he will get a treat.

Through positive reinforcement, dogs are able to comprehend that treats and praises will come whenever he shows good behavior. For example, when the owner gives his dog some treats for obediently obeying his commands, the dog will think that obeying commands when told equals treats.

But this does not necessarily mean that when the dog did not obey the owner’s commands, punishment is needed as counter-reinforcement. This should not be the case because punishments will only make the matter worst.  What will happen is that your dog will be confused and it will begin to doubt your feelings.

The next thing that you must remember when training your dog is that people should avoid training their dogs into a bad habit. Actually, many people are not aware they are doing this but there are instances wherein the people’s reaction towards some behavior of the dog will inadvertently train the dog in a bad way. Our animals, especially, have my husband trained. He does what they want. For example, the cat goes outside. He goes out day and night. My husband gets up when he meows to come in. This can be multiple times a night. Recently we have had the door open so he doesn’t have to wake us up, but he does. He won’t come through the door unless he gets up. 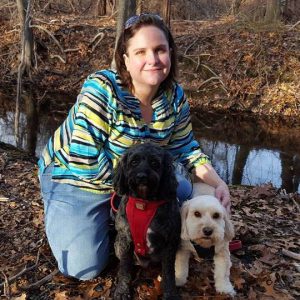 When dogs bark, it is common, especially when they do that because they see something strange or unfamiliar. But, when dogs continue to bark, even if it includes a familiar person, that becomes a problem.

In this case, most people have the inclination to yell and tell their dogs to shut up. This particular reaction of dog owners will confuse their dogs and will only make them understand that the reason why their owners are yelling is because they are also enjoying the shouting scene and that they are “barking” along with their dogs. I’m one that yells. We can go to the window and explain that there is nothing to bark at.

The key point here is to avoid paying attention to the dog. In time, he will stop. That’s when you should reward your dog. So, Scooter doesn’t stop. At least half the year he has a screen to run thru and doesn’t bark in my year.

Considered “man’s best friend,” dog training professionals have been disseminating more knowledge on how to make this animal live up to that title. Here are some excellent tips that you should keep in mind in training your dog: 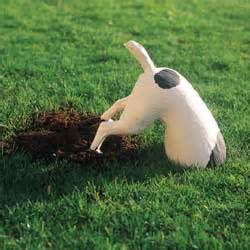 Dogs, as social beings, consider digging as their outlet when they are lonely. Nutrient deficiency may also cause this digging. Also known as pica, they sometimes eat the dirt they dig to supplement their health. Spending more time with your dog and giving him a health check will keep his digging behavior at bay.

We have a neighbor with a Golden Retriever who is at least four years old. He is muzzled almost all of the time. He eats everything that he can find. He has had four operations to remove towels, a sponge. The last time, he had manage to eat part of a towel but they caught him.

For dog potty training, a reward-based method will prove to be a very rewarding endeavor. Repeat and Repeat. We crate trained Boo. Every time he was let out of the crate we would go outside and told him to piddle. We always went to the same spot. We praised him when he went.

Scooter, on the other hand, was not crate trained. He was six months old and we were told he was already potty trained. What a joke. He ruined the rug in the living room and the one in the bedroom. Too late. We should have crate trained him also.

Considerable repetitions will give your dog ample time to grasp the command. Consistency is the name of the game. After doing enough repetitions, not helping him with the routine will test if the dog really got it. Three successful attempts in a row is a fine gauge in defining if it’s just a fluke or if the dog has actually understood the drill.

Communicate to the dog how the drill should be. Be clear on what you want the dog to do. Just commanding the dog without correcting him if he did it wrongly is not advisable.

Timing means that you should consider the age of the dog when considering how to deal with him. It is best to train dogs while they are still puppies. Always remember that “old dogs can’t learn new tricks” saying.

Be More Stubborn Than the Dog

Establishing rapport with the dog must always be in this order: you as the alpha dog (authoritative) and him as the submissive being. Show any sign of fear when he snaps back and you damage that rapport. Don’t let the dog not complete the exercise. This will teach the dog to just hold out long enough for you give in to his preferences.

Be a Good Actor

Provide your puppy with an outlet for his chewing urges. Also, you may practice yelping loudly when your pup starts to chew on you. After yelping, fold your arms and for 10 minutes consider ignoring him. That response is the thing that happens when a pup becomes too rough on other puppies. But depending on your puppy’s personality, he may react otherwise, such as biting more. In this case, use a more aggressive approach.